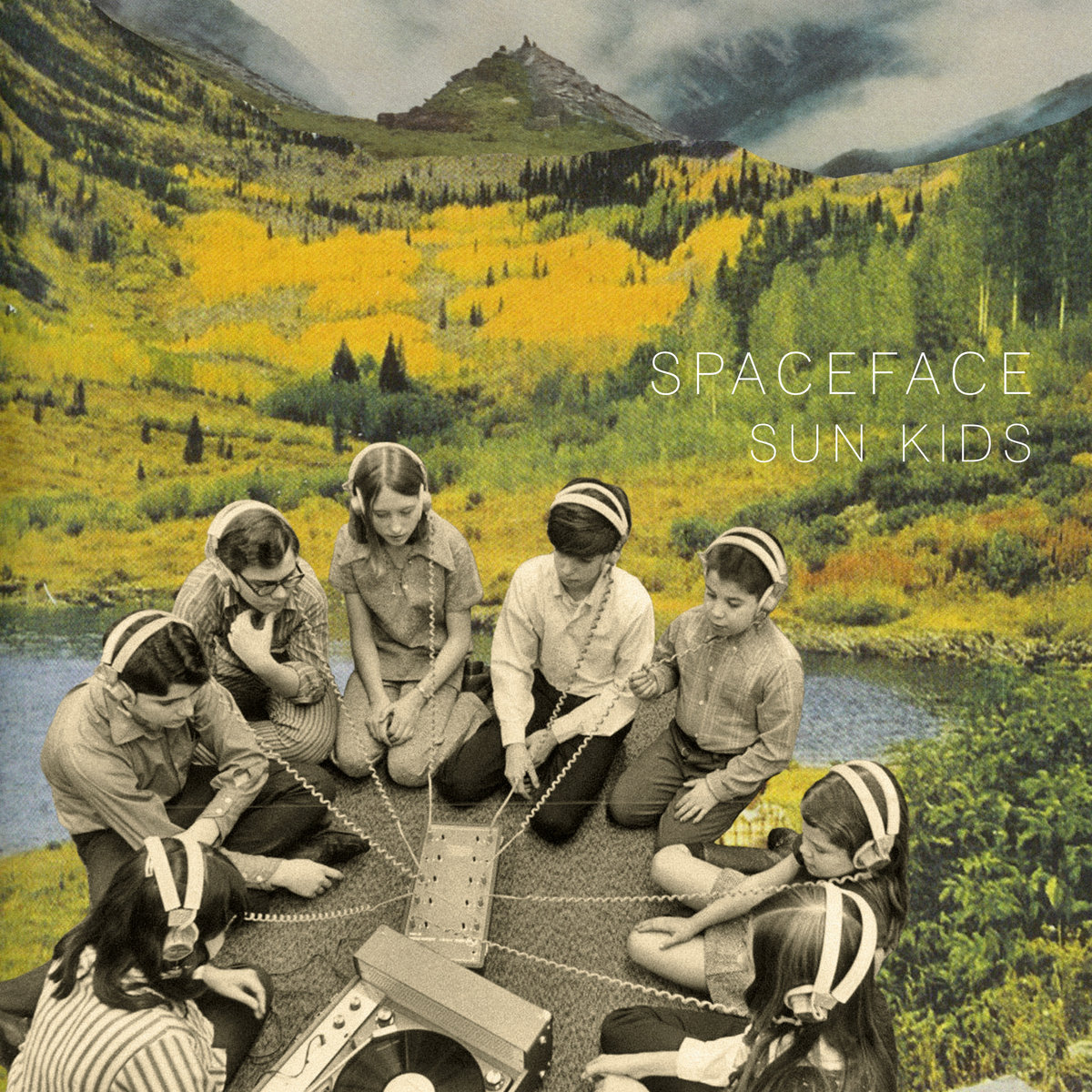 Some psych bands give me a symptom. This psych band gives me the antidote. If you have any ills or woes of the same issues, then this is the kind of thing you were missing in your life. Feeling low? Take as needed aurally for pain. Psych Rock Elite.

Guitarist Jake Ingalls plays for the band The Flaming Lips, which makes sense. Bassist Matthew Strong is a guitar tech for The Flaming Lips. Such a connection makes this quite a hidden gem. This is dreamy pop psych of the same caliber. Their new LP "Sun Kids" (released April 21, 2017) has a nice "psychotropic/stellar travel" sort of thing happening with it. Each song is uniquely laced with its own trance-inducing cocktail. Sometimes one can pick out a certain influence or particular year they might be channeling, but little nuances keep this in its place. Nothing really sounds kitschy at any point in the album. It freshens up pretty quick after each track.

These guys have been quietly putting out little bits of music here and there for a few years. Their live shows consist of lights and lasers, glittery things, and shiny things. They're doing stuff.

For those that can do the right searching, they have some wax pressed of the Sun Kids LP, along with a few other lathe cut singles & various swag. Meanwhile, check 'em out here. 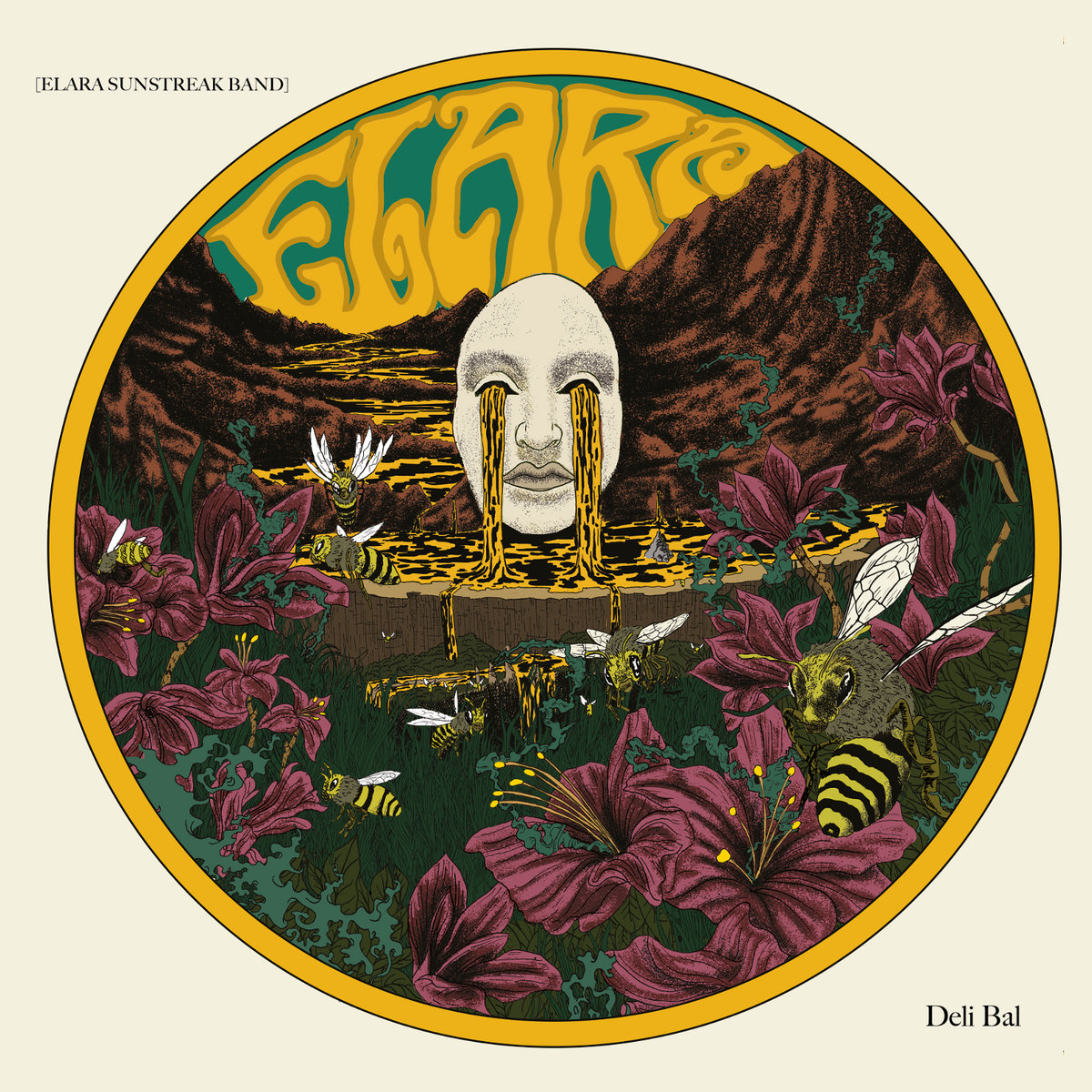 Just jeez. I can't think of many other things to say about a band like this. Just... jeez.
Elara is Elara Sunstreak Band. They are DANIEL WIELAND :Bass & Vocals
FELIX SCHMIDT: Guitars & Effects
MARTIN WIELAND: Drums & Percussion. They are from Germany. And this is enough.
I personally found these guys while digging around. Just normal rabbit-hole Bandcamp shoveling. By the time I got through the first song, I was completely hooked.
We're talking about stoner rock. We're also talking about psych rock. We're talking about classic rock. We're talking about prog rock. It's a lot of talking for one band.
I've seen a reviewer mention a little comparison to the band Elder. I can see that. But I also can't see that, as well.
Here's how it would compare to a band like that:
1. They have jammy parts.
2. They have psych parts.
3. They have long songs.
4. They have true inspired melody.
5. They are good at their jobs.
6. They like it heavy as much as they like it not-so-heavy, too.

The comparisons are there, but the same could be said about any band. Essentially, this is a band that is doing their own thing, and apparently growing all the while. Their previous effort "Follow The Waters"showed signs of what we were going to expect with Deli Bal. It seems like they had a lot of time for jam sessions. These sessions turned into songs. It shows in the way the songs flow on Deli Bal. I can't list any particular track on the album that would stand out. I think each song on here is a journey, and each song can be considered a "stand-out" by the individual listener. So I'm not going to cheat anybody out of this journey. I do have personal favorite tracks on the album, but that will probably change depending on my mood.
We're talking about a band hugely influenced by a lot of great music.
The musicianship is something of note. The songs can be long, but they are so good at their instruments, it stays incredibly interesting throughout. Guitar solos are meandering and melodic. Drumming is tight and direct. Bass playing is gluey and well-balanced with the noodle-y guitar. Vocals are in the right places. Everything fits.
This band is in the psych rock elite, and they are still so new to the scene. With a few recordings under their belt, each sounding more mature than the last, I'm anxious to see what they come up with next. This is prematurely in my "Best of 2017" list, and I'm pretty sure that's okay.

Check It Out Here
Posted by Nerve Salad at 7:44 AM 1 comment: 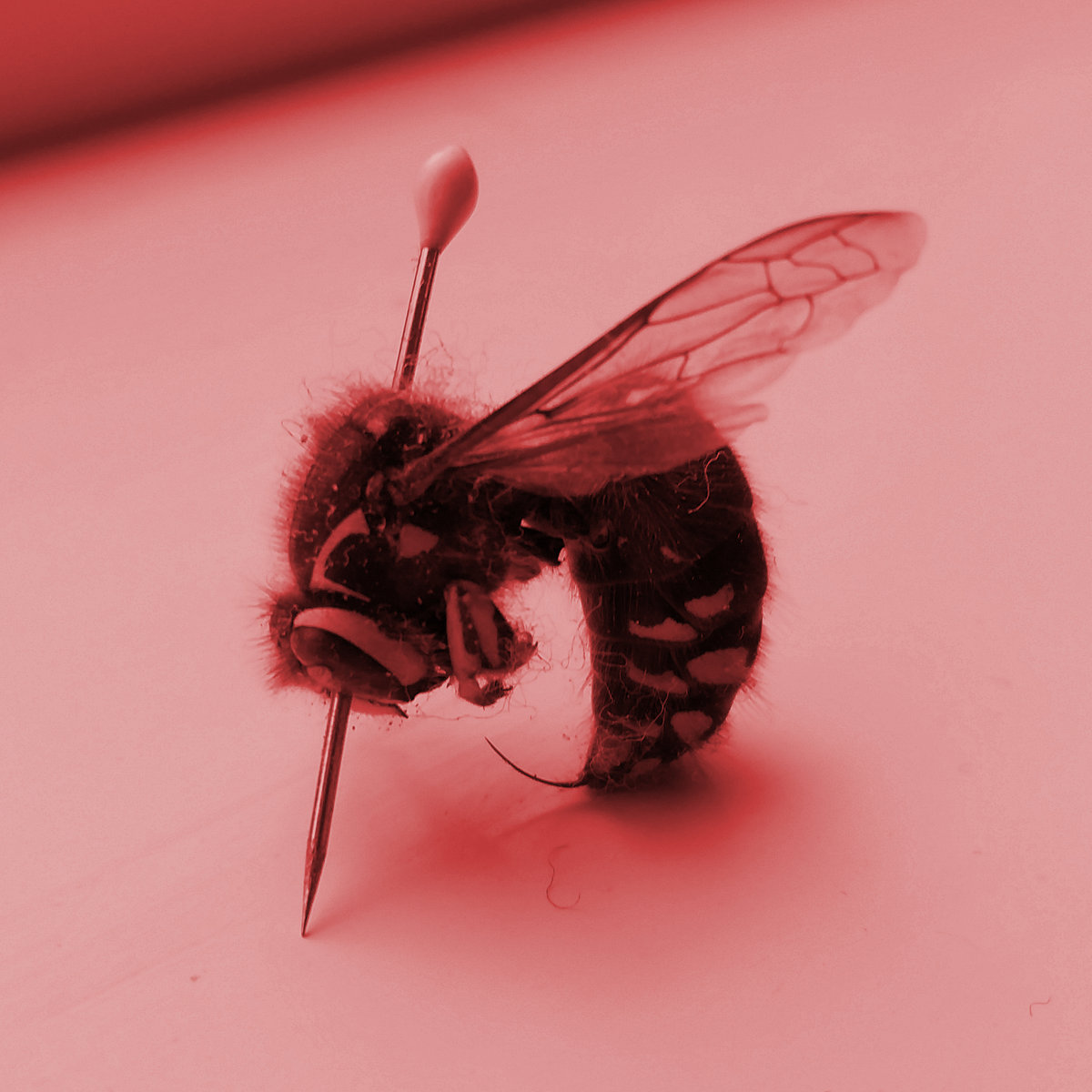 I think my brain hurts.

Did somebody just play a glockenspiel? Were those finger cymbals? Guitars and clarinets? Xylophones and cowbells? Is that an autoharp?

Am I still on Earth?

Vancouver, BC brings us some Avant Garde of the highest order. It's indescribable, literally. To know this, you just have to hear this.
Befuddling, otherworldly, multi-instrumental prog. There is so much going on here, you might as well strap yourself in for the duration while you pick apart each new thing it throws at you. It's not so much an orchestral barrage, but a great album of lush ultra-layered vignettes.

Two Pirates And A Dead Ship 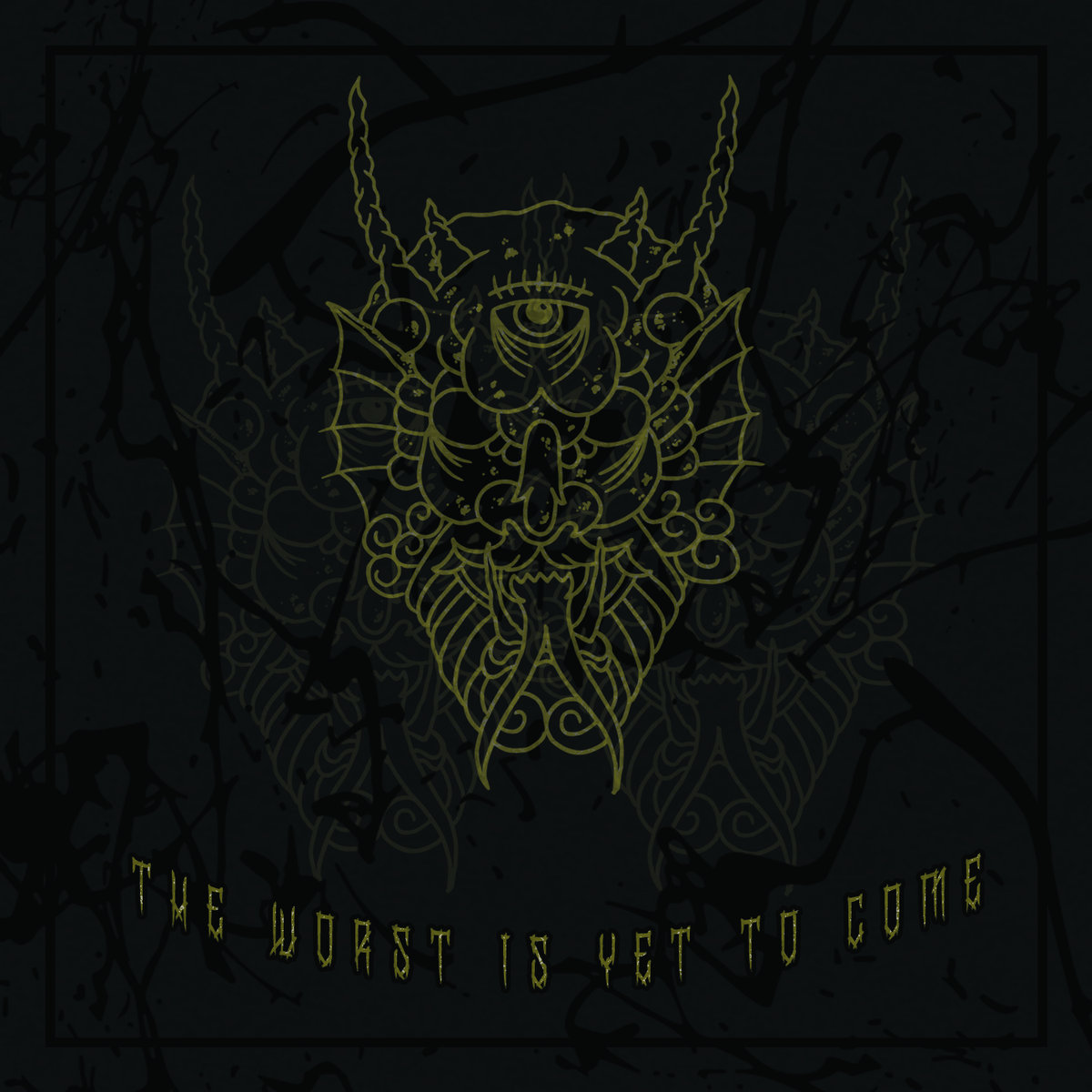 Portugal. Ahhh Portugal. Ocean-loving, friendly people, beautiful countrysides, pleasant weather, floral-scented breezes, salty air... wait. Hang on. I've never been to Portugal, actually. I admittedly don't know a thing about it. I do know that the music coming out of Portugal certainly gives me this feeling. I think I want to visit Portugal someday, based on this fact alone. Sounds silly, but there might be something to this.

I'm thinking about birds today. Birds of Portugal can certainly be interesting. Here's a cool fact:
The Sacres area of Portugal is a huge hotspot for birders. The area is a migration route for all kinds of rare birds like the Black Vulture and the Horned Grebe. People can spot many European, North American, and South American birds all hanging out at the same time. The region's history of birding is a rich one.

Two Pirates And A Dead Ship come from Bairrada, Portugal, which, if I'm doing my research correctly, is one of the largest producers of fine Portuguese wines. The cooler, oceanic Mediterranean-esque climate apparently makes for some interesting grape flavors. These well-grown Baga grapes bring rich, dark fruity wines with a high tannin content, and a classy appeal. The grapes themselves are fermented as a whole cluster rather than removing the stems. This puts these grapes on the higher end of the tannin gamut. The region's history of viticulture is a rich one.

So, there is an essence here. Something not quite apparent until you piece it all together:
Birds + Portugal + Wine + The Ocean = Pirates, right? I'm probably just grasping. But I DO know that Bartolomeu Português was the one who originally created what eventually became known as the "Pirate's Code", and he was from Portugal, and a pirate. Portugal's history of pirates is also a rich one.
Yo Ho Ho, and a bottle of Bairrada wine!

This band brings jams a-plenty. Mostly-instrumental stoner rock, with enough reverb-y and squishy parts to walk the plank into psych-infested waters. Like many of the great bands I hear from Portugal, they do have a slight "salty" influence which translates well into the psych/stoner rock they bring to the table. The album really begins to pick up and doesn't let go until the end. "The Worst Is Yet To Come" sounds a little like a warning. I'm not heeding this warning, if they are talking about the next album they put out. These guys are doing things that certainly don't portend anything bad to come from them. A promising release from this young Portuguese trio. AHOY!