Trading Licks - Out Of Time 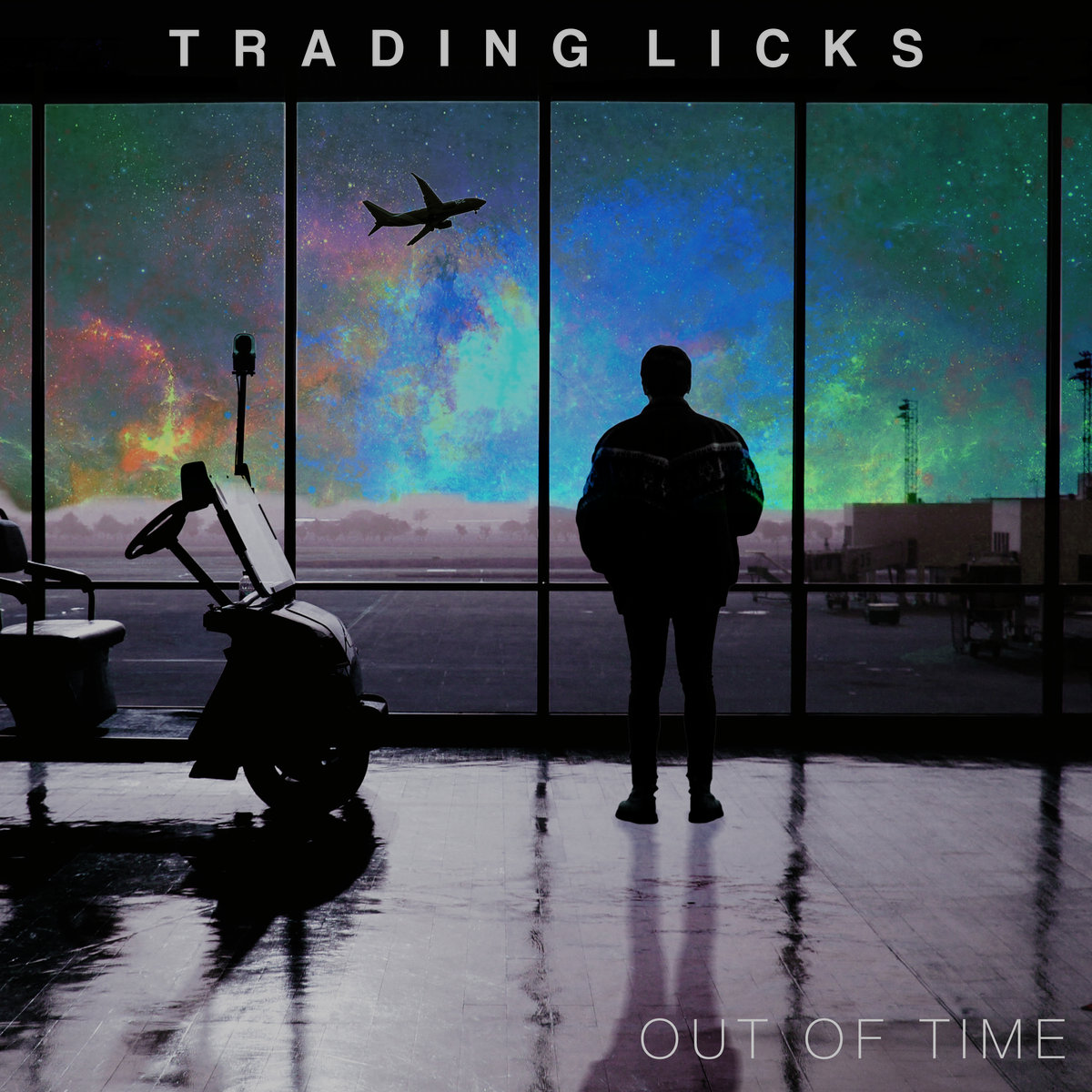 Let's say you once had this really awesome green paisley couch. I mean, this sucker was comfy. AND stylish, to boot. It was perfect for relaxing with your Siamese cat Latka, watching M*A*S*H., and sipping a glass of Tang. At some point, the band members of Trading Licks (Valencia, Spain) will have stopped by, rolled a joint with you, and talked about how much they don't like disco while you laughed the night away at episodes of Get Smart and Mork & Mindy. Am I jumping too many eras? Don't worry... it'll all make sense later.

I take one look at these dudes, and they remind me of this kid I used to know back in school. He was the "mysterious" kid that listened to Iron Maiden and punk bands. Growing up in the '80s, people that liked Judas Priest, had "Eddie" posters on their walls, had the DK patch on their jean jacket, opened up the front of a Trapper Keeper to slide a picture of King Diamond in there, or casually wrote "Celtic Frost" on their schoolbooks were simply another mystical race of alien/human hybrids that rarely came around. The ones you knew were always in detention when you got in there. There they were, furiously carving "Peace Sells... But Who's Buying?" into the desk with a smuggled pocketknife. The truth was, underneath all that tough exterior was a real music fan, digging through countless piles of garbage to find the one thing that speaks to them. It speaks to them in such a way that it defines their very character.

Trading Licks had their character defined by these same means. They obviously pilfered through enough old music to find the thing that speaks to them, and THROUGH them. They take cues from classic psych, The Cult, Led Zep, Thin Lizzy, etc. In other words, you're going to find something you like nestled within. At some point, you'll give in to the riffs, anyway. This is one of those bands that, upon first listen, might not appeal to you right away. You might feel as though you're not meant for this type of music. Like, this must be part of some sub-genre of rock that you're just not privy to. We all know that's a terrible way to think. Just listen to the album once, and something will jump at you before you get the urge to shut it off. Eventually, VOILA! You've enjoyed the whole album and are now preparing to play it again.

Now, when coming from such a vast ocean of influence, many things can become muddled and spotty. This just does not happen with Trading Licks. They burrow their way into a sound they can eat off of, it's so pristine. This is a group of talented young guys interpreting rock music and using it as a way to bend the rules of a "classic sound". It's good for the stoner rock folks, the psych rock folks, and the hard rock folks. So basically what we have is a great melodic hard rock band with '70s psych and stoner influences.

Trading Licks are destined to melt a few faces somewhere along the way. Let's hope they get this album on a piece of vinyl soon. Classic-inspired rock that has be heard to be believed. If this band does not become huge within a year, I will do each of these things I hate, per song on the album:
1. Claim Boston as my favorite band.
2. Eat asparagus and hot dogs on white bread toast.
3. Watch PETA videos.
4. Get a "Vanilla Ice kissing Trump" tattoo.
5. Play "Brown-Eyed Girl" in a band, and mean it.


After listening to this album a few times, you'll be really sorry you got rid of that green paisley couch. Trading Licks will need a place to sit, but I'm sure you'll have that covered when they eventually drop in for a visit.