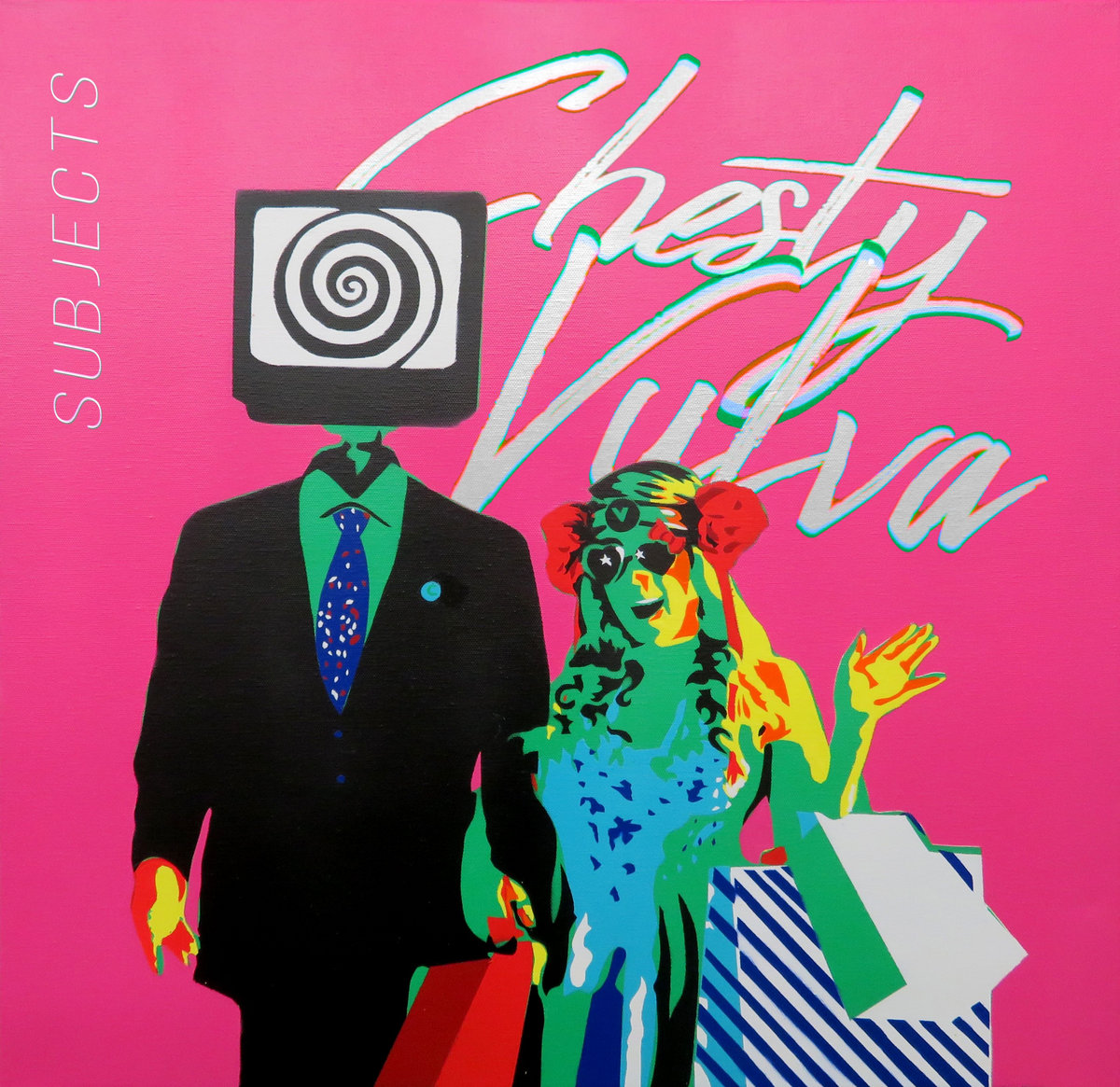 Oooooh! Something brilliant this way comes. Chesty Vulva come flying out of Grand Junction, CO, throwing Fuzzy Pop glitter everywhere. Something likes this only comes around every so often, a special jewel, glistening with gilded ectoplasm.

This is a Pop band, but nobody's getting Bieber-ized here. We're looking at the halcyon days of Sub Pop... we're getting a slice o' the oft-times messed up world of  musical Jekylls and Hydes.

When first diving in, this appears to be an indie rock adventure, but there's an uncomfortable sensation looming just underneath the skin. It itches like chiggers...
Stoner rock fuzz brazenly cuts in line. A thick layer of "The Smiths attempt black metal"... A chunk of noise rock emits an inescapable, yet pleasing odor of skinny puppies.. Talking Heads meets Ministry in a back alley and play a game of Uno with cards made out of The Residents' sunburn-y skin peels...
The cloying aromas of dark '80s electro-pop waft over the entirety like a blanket. It's warm and fuzzy, and will keep you from getting up from the couch.

"What's the harm in any of this?", you wonder. Well, 5 listens in, and I've begun to realize that this album might have screwed my world up a little bit.
This music is fresh and clean. And it's on fleek. There is much value in being THIS on fleek.
In the grand scheme of things, Chesty Vulva appear to be truly breaking ground with bananas, and it's slowly creeping into my brain like prions.