The Boxcar Suite - Further In And Father Out 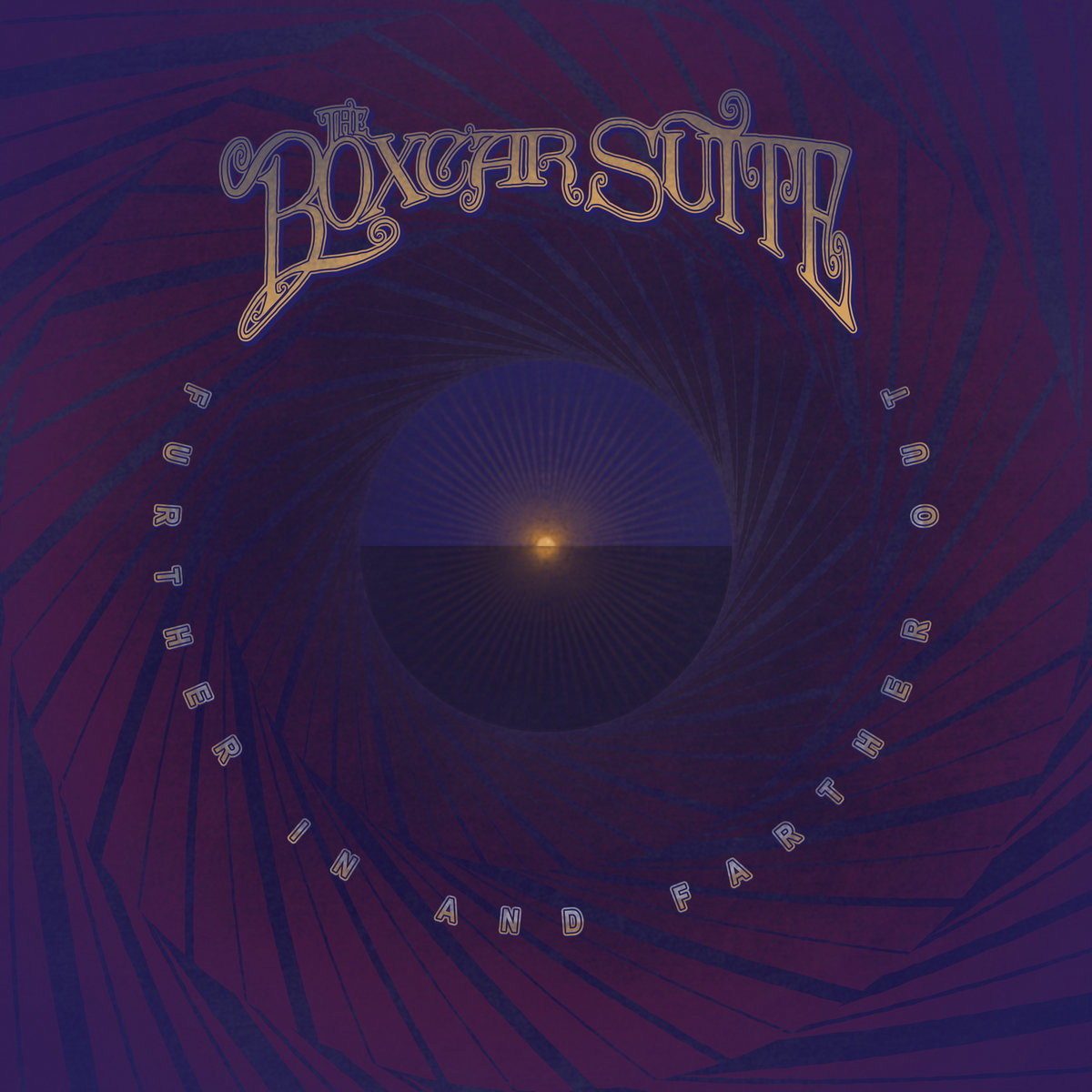 Dayton, Ohio: The birthplace of modern aviation. When checking the facts in history, you'll see that the Wright Flyer was built and tested in Dayton, and the first actual flight was in North Carolina. The Wright Bros. bought some land in Dayton, and played around with stuff until they got the desired result. Things have been flying around for a while.
Dayton also hosts a number of high-soaring musical things. We've got a few Pixies being born, and while Guided By Voices, they turned up The Amps and started Swearing At Motorists from atop of Morella's Forest.
If we wanted to write a history lesson of the Dayton scene, it could be done.. another time...

Fast forward to 2018. The Boxcar Suite gets sniffed out from the Power Pop cauldron. They brewed up a concoction in the form of a new album called Further In And Farther Out. Their alt-sound remains, but it's more refined, less jangly, more twangly. Tim Pritchard and Co. receive transmissions from the past, while channeling some modern high-decibels. If we took a few parts Replacements, a large amount of '80s Paisley Underground, a few parts early Wilco, a little Jellyfish, some '90s alt-rock, throw in a few Burrito Bros. seasoning packets, all of the aforementioned's influences, mixed it all up into a slurry, and cooked it into a fine distillate, we've got an inkling of what The Boxcar Suite might be about.

In the grand scheme of things, Power Pop bands of this caliber are what all Power Pop bands should be when they use the tag Power Pop. The lighter tunes are nicely thought-out structures with intention of having a concise beginning, middle, and end. The harder rocking tunes are arena-shaking blasters with intention of getting you a speeding ticket when listening while driving.

Things of note:
1. The guitar sound rules. Pritchard & crew's amp/pedal set-up is pretty good. It's nice and crispity crunchity with enough warmth to keep it just a few notches above the "standard temps".
2. When the whole band sings together, fuckin' magic happens. More tunes like this, please! Those big harmonies need to happen more often on one album.
3. The songwriting is the king of the band.
4. Previous albums are great, too, and share the same overall feel, although Further In And Farther Out has a nicely-aged patina to it.

You like your Power Pop a little tangy and twangy?

Don't be a square this Summer. Scoop this up.